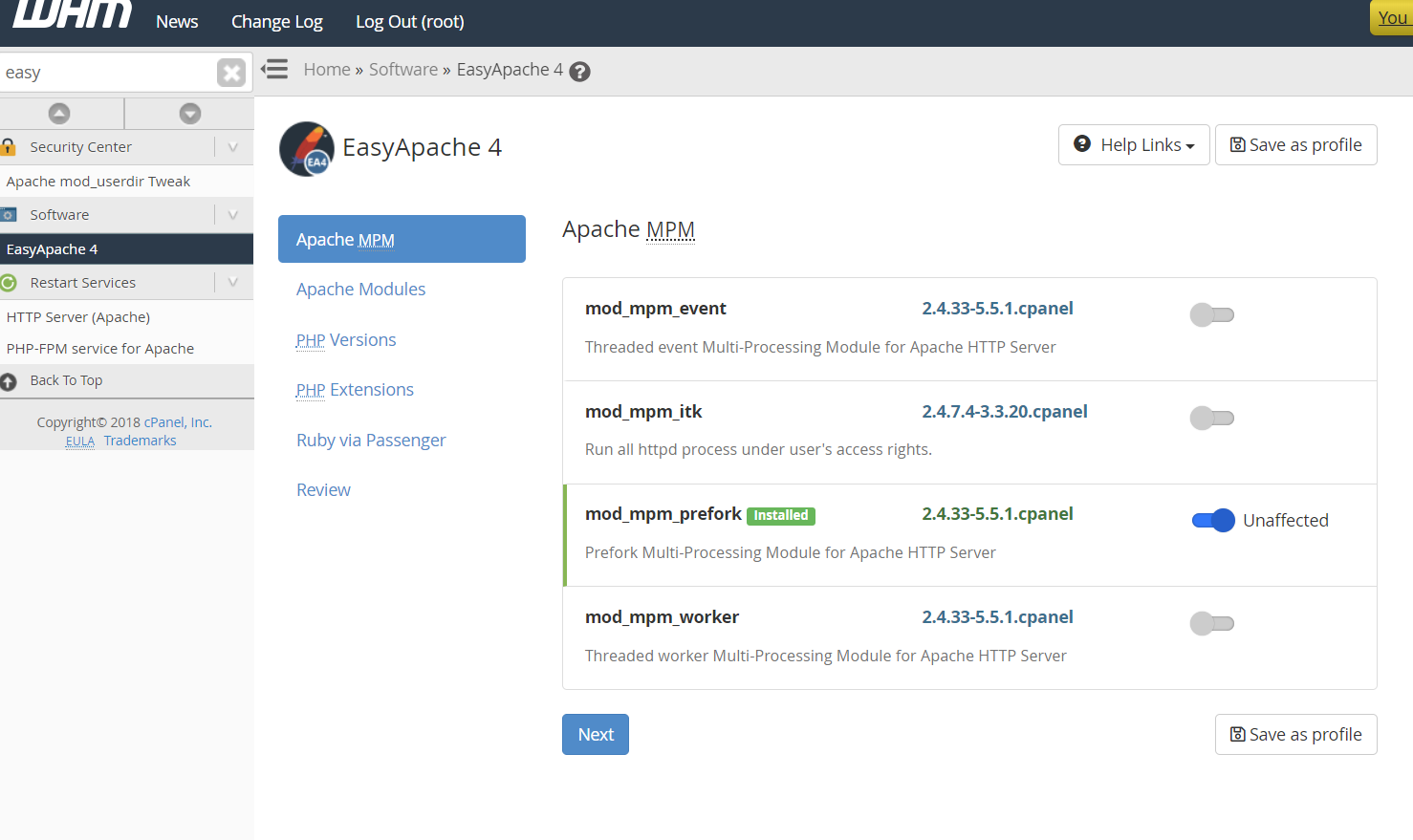 What is MPM Event and how does it improve your server performance without any drawbacks?

We’ll cover some minor basics of MPM’s and why MPM Event is the best.

Apache 2 introduced multi-processing modules (aka MPM’s) that change the way servers processed incoming requests. This was probably a natural evolution to optimize for multi-core CPU’s used in server environments. The idea was to write these modules to use the multi-cores more effectively, processing more requests without issues.

As a quick FYI: most of you will not have access to change this unless you’re on a VPS and/or have root access to server.

Go with MPM Event first. You can switch over to it easy. A few command line entries or also a simple switch in EasyApache if you have WHM/cPanel (show in the image above).

If you have problems, then try Worker and that last is Prefork. Some people noticed faster performance with Prefork or Worker. It can depend on the type of website you have, CPU, ram use, etc. But generally with a high performance server looking to serve many visitors fast, I always recommend MPM Event.

Other reading for you:

How to Set a Sales Meeting

How do you land the big web development clients?

History of web servers (and transition from Apache to NGINX/LiteSpeed)